Review of "The Hunger Games" movie I just saw one of the most annoying movies I've ever seen in my entire life -- "The Hunger Games". In fact, a couple of times I came close to walking out of the theater, but I generally hate to do that, and it was a date with my wonderful wife, so I toughed it out.
Last month I'd read the book by Suzanne Collins upon which the movie was based, and came away disappointed. Prior to reading it, I'd heard much about how intense it was, and I suppose for certain audiences it might be. Unfortunately for me, I didn't buy the basic set-up for the story -- it just didn't hold together in my opinion, ignoring some pretty basic aspects of human nature -- and I subsequently found myself uninvolved with the characters and plot.
I had held out some hope that the movie adaptation might fill in some of the gaps, and mitigate some of the book's weaknesses, but it turned out to be even more of a mess.
For one thing, in a movie called "The Hunger Games", it is not too much to expect some kind of explanation for the title. To Collins' credit, in the book she does a very good job of setting the scene of life in the poor districts, focusing on District 12, where people are existing on the edge of starvation -- they're ALWAYS hungry. That's one of the reasons why the "Hunger Games" -- televised gladiatorial combat wherein the winner receives plenty of food for life -- almost sort of makes sense: If you're that hungry, you might be ready to accept some pretty awful repression if you have a chance to escape from that perpetual hunger. It's a big part of the book, and that theme runs throughout it.
But not once in the movie is that addressed. There are a couple of poorly-realized, confusing flashback scenes showing one of the main characters -- Peeta -- throwing some bread to the other main character -- Katniss -- but that's about it.
It doesn't help that pretty much nobody in the movie LOOKS hungry (or even slightly peckish) -- especially not the hot young stars cast in the primary character roles. They are all obviously well-fed, toned, with perfect skin and flawless teeth -- no signs of malnutrition there!
The movie pretty much follows the plot of the book, with a few things added, like some pointless extra bits with the character of "President Snow", played by Donald Sutherland. There are no surprises, if you've read the book.
The only surprise for me, really, was how CHEAP the whole thing looked. I know that much of the story is set in various outdoor environments, so SOME of this was probably unavoidable, but I have to say that it reminded me a lot of those low-budget SciFi Channel movies which have a bunch of characters running around in the woods shooting at monsters/aliens/robots/giant snakes. I could discern no effort on the part of the producers of the "Hunger Games" movie to establish any kind of unique and/or identifiable, geographically-speaking, aspects to the forests that Katniss and her fellow gladiators (or "Tributes", as they are called in book and movie) run, jump and fall down in. Which is too bad, because author Collins at least attempts to do so in the book, lending a little bit of much-needed verisimilitude to the proceedings (though sadly not enough, in my opinion).
There are a few scenes which demonstrated that some significant money and time and effort were put into them, but for the most part, the set design and art direction, as well as costuming and makeup, were distinctly average. For example, we are supposed to believe that the setting of the story is some time in the future after a terrible war has torn the United States apart and led to this society of haves and have-nots… but in the scenes of Katniss' home town in "District 12", everyone looks like they are dressed in clothes pulled right out of the movie studio's storage locker marked "Great Depression Era/1930's America". No effort -- at least that I could see -- was made to change details here and there to at least SUGGEST that this is some other time period.
(And the less said about the ridiculous, cliched "effete" makeup and costuming of the people who live in "The Capitol", the better.)
However, the absolute worst part of this movie is the way in which I'd say at least 85% of it is filmed… and that is with a constantly moving, jittering, swinging, jumping camera seemingly set permanently on either extreme closeup or medium closeup. This effect was already tiresome and annoying five minutes into the movie, but it continued right to the end. I find it the hallmark of a director who is not confident about what he has to film, so he "fudges" it in a way which hides any real or imagined deficiencies. What ends up happening -- and in a story like this where you have a lot of different characters in a lot of action, it's a real downer -- is that very often, you can't really tell what's going on. This is especially frustrating in the fight scenes, where you really want to know who is doing -- or trying to do -- what to whom.
The "closeups only" approach also removes key elements which allow the view to get a sense of place -- where the characters are, what their surrounding look like. And it is a clear indication of inferior direction by someone who forgets that actors don't just act with their faces, but their BODIES as well.
There was one saving grace to the experience of going to see "The Hunger Games" in the theater today -- I got to see, for the first time on a big screen, the most recent of the trailers for the upcoming "Avengers" movie.
It sure looks sweet. -- PL
Posted by PL at 6:26 PM 3 comments:

sure signs of Spring... 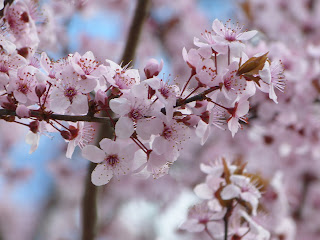 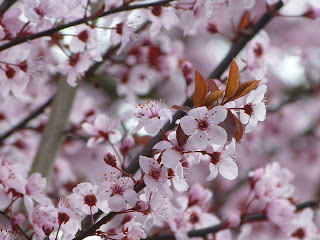 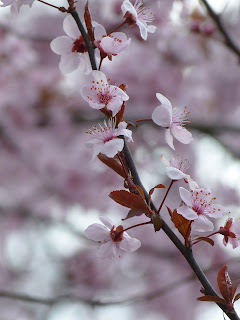 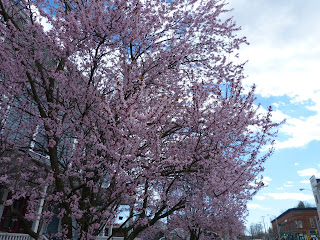 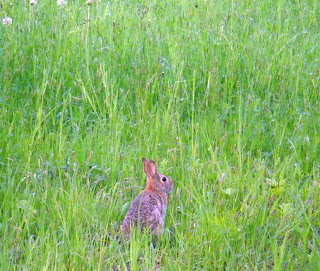 I've written before about "Madame Sherri's Castle" on this blog -- two entries, one at:
http://plairdblog.blogspot.com/2008/11/madame-sherris-castle.html
… and the other at:
http://plairdblog.blogspot.com/2009/06/rune-has-left-building.html
It's basically the remnants of a home which was abandoned and later burned, leaving some sturdy and lovely stonework standing, and is one of my favorite places to visit when I am in the Brattleboro area, as there is something about it that always inspires some of those delightful "ruin ruminations".
I took a drive up there last week, and parked in the small parking area next to the pond. I sat on the tailgate of my truck and ate my lunch from the Vermont deli, listened to the sounds, and enjoyed the sights and smells, of early spring.
After lunch, I wandered around taking photographs. I've done this at least half a dozen times on various visits to this site, but I always find myself wanting to take more. This time, in addition to some of the usual angles, I decided to walk around the ruins and look for other interesting perspectives.
Curiously, I don't think I had ever done this before on any of my other visits. I don't recall ever seeing this view of the west wall of the house's basement… … or this one of the north wall… … or this one of an old dead tree and the backside of the beautiful stone staircase. I strolled back down to the pond and took some shots down there as well. -- PL