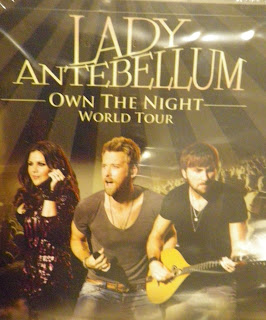 I'm not sure if this will become a regular feature of this blog, but I thought it was time to rant a little bit about something that aggravates me every time I see it, and I see it a lot these days. I am referring to the egregious misuse of the word "countless", which is defined by dictionary.com as follows:

adjective
too numerous to count; innumerable: the countless stars.

For some reason, in recent years, many writers have decided that rather than say "many" or "dozens" or "hundreds" or "thousands" or "millions", which would be far more appropriate and accurate in each respective case, they will use "countless", which is essentially saying that there is an infinite number of __________ … which, unless you are talking about, for example, stars in the infinite universe, is at the very least a WILD over-exaggeration.

And it gets to a sublimely ridiculous point with some of these misuses of "countless", like the one I saw on the back cover of a DVD at Barnes and Noble yesterday. I'd never heard of the group "Lady Antebellum", was intrigued by the name, and picked up the DVD to see what it was about. I flipped it over and read the following bit of copy on the back:


Really? "Countless" awards? Too many to count? I went to Wikipedia and looked up "Lady Antebellum", and in the entry for this group, there was a helpful listing of the various awards they have won since the group was formed in 2006. I counted forty-five -- a very impressive record, to be sure, but not even REMOTELY coming anywhere close to being "countless". I think pretty much anyone can count to forty-five in under a minute.

Why couldn't the copy writers who worked on this DVD just say "dozens", or "more than forty", or even just accurately say "forty-five so far"? How about the old reliable, which served well for a lot of years (and still does, in my opinion): "many"? I think it is due to an all-too-common phenomenon of our age which I think of as "witless exaggeration", a close relative of "ludicrous hype". This grotesque misuse of "countless" seems to be creeping into text everywhere… and it makes me cringe every time I see this great word so poorly, stupidly used. -- PL