Counting down to Thanksgiving dinner... only have a little more than twenty-four hours left to go. And I was going to find one of my recent wild turkey photos to post here, but decided to go a little weirder and put up this drawing that I did last year. 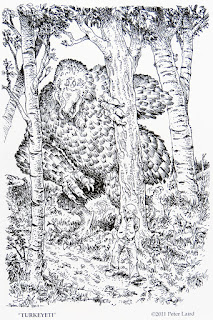 It was inspired by a walk I took with Jeannine in 2011. We were strolling down the road, passing a neighbor's small pasture, when from the far woods we heard a very odd noise. It was loud, and sounded eerily like the "gobbling" of a gigantic turkey. I mentioned to Jeannine that it might be the rarely-seen, highly reclusive "turkey yeti"... two words which I decided later to combine into one. 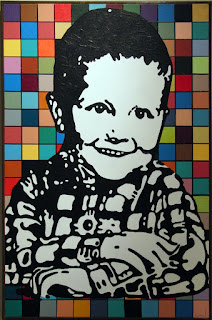 I'm kicking myself that I didn't do this earlier, because it ends on November 24. But better late than never....?

My brother Bruce Laird has a show of his paintings, photographs, collage and mixed media pieces at the Noho Gallery in New York CIty. Here's the entry on his blog about the show. The painting pictured here is actually a portrait of me... the me of long ago.

If you get a chance, please check out Bruce's show! -- PL 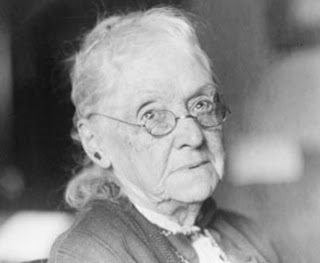 I was reading an issue (November, Volume 13 Number 11) of the BBC's "History" magazine a few days ago, and in their "Milestones" feature (I believe it's a regular thing in which they highlight events which happened in that particular month throughout history) I ran across a small entry that caught my eye. It was a vintage black and white portrait photo of an elderly woman in old-fashioned garb, with white type over her black dress reading "Short-lived senator Rebecca Felton, c1922".

Intrigued -- because I had not realized there were any women serving as Senators that early in our country's history -- I looked online for more information about her. It turns out that she was an advocate for women's suffrage… and a racist. Here's the first paragraph of the Wikipedia entry on Felton:

"Rebecca Ann Latimer Felton (June 10, 1835 – January 24, 1930) was an American writer, lecturer, reformer, and politician who became the first woman to serve in the United States Senate. She was the most prominent woman in Georgia in the Progressive Era, and was honored by appointment to the Senate; she was sworn in on November 21, 1922, and served one day, the shortest serving Senator in U.S. history. At 87 years old, 9 months and 22 days, she was also the oldest freshman senator to enter the Senate. As of 2012, she is also the only woman to have served as a Senator from Georgia. She was a prominent society woman; an advocate of prison reform, women's suffrage and educational modernization; and one of the few prominent women who spoke in favor of lynching."

I don't think this term existed in her time, but immediately upon reading this, the phrase "cognitive dissonance" (defined, again on Wikipedia, as "the state of people when holding two or more conflicting cognitions (e.g., ideas, beliefs, values, emotional reactions) simultaneously. In a state of dissonance, people may sometimes feel surprise, dread, guilt, anger, or embarrassment") leapt into my mind. Of course, given the descriptions of Rebecca Felton I found online, it seem unlikely -- though not impossible -- that she ever experienced the effects of cognitive dissonance. It is quite bizarre that someone who could easily recognize the injustice done to women in, for example, their not being allowed to vote, could also be totally blind to the injustices inherent in her own racist beliefs.

Humans are -- or, perhaps more fairly, can be -- truly strange creatures. -- PL

A little treat from the Turtle Documentary guys 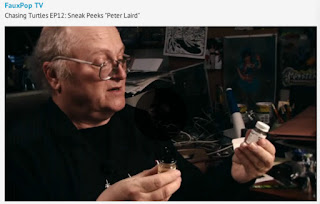 When I got up this morning and checked my email, I found one containing the following link:

It leads to a short clip which may or may not make its way into the TMNT documentary. Isaac and his crew taped it in my office at Mirage Studios in Northampton, and it's basically me talking about Graphix Duo-Shade (the special paper Kevin Eastman and I used when we drew the first bunch of issues of the original TMNT comic books), and -- in penciling, inking and then toning a drawing of Donatello -- giving a demonstration of how it works. That was a fun afternoon, hanging out with a nice group of people.

If you have ever wondered how the Duo-Shade paper makes its magic, you might want to check this out. -- PL
Posted by PL at 7:11 PM 3 comments: 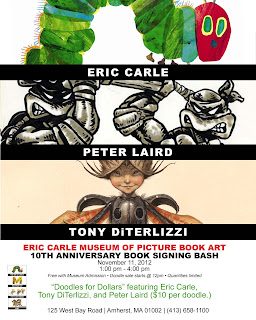 I believe we start doodling at 3PM. -- PL

It's morning in America... 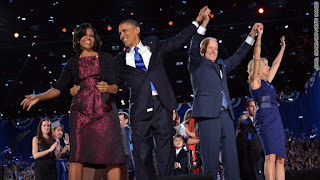 I was considering using an image of "Big Bird" from "Sesame Street" with a thought balloon reading "Whew!" for today's blog, but out of respect for the owners of that character and their desire to separate Big Bird from politics, I will refrain. So I borrowed a line from an old Ronald Reagan campaign ad for my headline instead.

I have to admit I feel good this morning. It's cold outside -- around 30 degrees, by the thermometer outside our kitchen window, the sky has the look of imminent snow, and I dread that I must soon perform the yearly ritual of the putting away of the motorcycles -- but there is a suffusing inner warmth as I consider the fact that the majority of my fellow Americans have, for the second time in four years, soundly rejected bone-deep Republican stupidity and fear-mongering. I speak, of course, not of the vast majority of Republican voters, who are decent people and as truly American as any Democrat, but of the Republican leadership, the upper echelon of the party which still seems to believe that you can get into power through lies and manipulation.

Well… maybe that is still possible… but let's all give thanks that their fervent efforts to take our great country back fifty years (or more) didn't succeed this time.

And I would be remiss if I didn't give a tiny tip o' the hat to two men who -- in their small and apparently completely clueless, unintentional ways -- helped to give us this victory:  Todd "legitimate rape" Akins and Richard "pregnancies from rape are a gift from God" Mourdock. These two fools (who both went down in flaming defeat yesterday in their Senate races) pretty conclusively proved -- to my way of thinking, anyway -- that (a) displaying gross ignorance of science and medical realities and making it a part of your political platform, and (b) trying to legitimize hateful stupidity by slapping "God" onto it are not really great strategies these days. Thanks, guys!

Time to get back to my breakfast. Congratulations, President Obama -- I look forward to seeing what you can accomplish in your second term. -- PL
Posted by PL at 7:33 AM 4 comments: